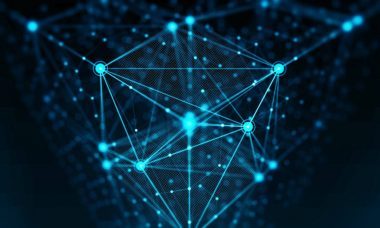 In today’s world, technology has reached a stage of development where it evolves by the day. In the era of cryptography and E-cash such as Bit Coin, Blockchain is a trending topic. For starters, it’s a ledger system that uses a record that’s open and distributed top keep track of transactions – transactions in this scenario can mean cryptocurrencies, medical records, voting/home records and much more.

Blockchains have quite a few benefits, some of which are mentioned below:

One major benefit of a blockchain is the level of encryption it offers. Since data is transmitted using blockchains, it’s encrypted automatically from the second it’s written. It’s very secure than the conventional ID-Pass system. Alas, the large-scale security factors to consider, come from its wide global array of users.

In case of a breach in by hackers, it’s very simple to identify if a block has been tinkered with due to the incredible hash functions. These hash functions are added from block-by-block. Anyone attempting to alter a block will have to deal with all its amazing safety measures going off, thanks to the hash, which will result in a caveat and a complete shutdown of the block.

Decentralization of a Specified Block And Smart Contracts

Another benefit of having a blockchain is the decentralization process and the smart contracts. At this point in time, smart contracts might be the most powerful utilization for a block chain. Essentially these contracts use blockchains to automate and transfer payments based on a set of pre-made conditions. Using a smart contract, you could pay your electricity bill once it reaches a specified number of units. No more hassle of dealing with late fees, it’s all taken care of automatically by the blockchain. The transaction to the electricity company will be sent directly and be verified by the blockchain.

The Overall Efficiency And Speed

A blockchain’s overall speed and efficiency are highly remarkable, making it a third benefit of this technology.  A person no longer has to go through with the tedious task of manually entering in data and the entries being prone to human error. Many organizations of today maintain a large array of records for numerous tasks. However reviewing these records is quite time consuming, for a smaller organizations, but with a blockchain , information gets written, gathered and verified, as it’s generated.

This technology has many benefits, but it’s still under development which means it has its fair share of drawbacks too, mentioned below:

The Safety of a Blockchain

While the safety of a blockchain is impenetrable, the blockchain itself hasn’t been in the market long enough to leave a mark. It hasn’t won the people’s trust and confidence.

The whole process behind lending and borrowing is very tedious. There a lot of paperwork involved and the background checks along with the standard check, is very time consuming.

With todays modern computers, it takes an average of 25 minutes to complete a trade deal, that is a lot of time in the crypto world. The rates of the E-cash can skyrocket or plummet during this time period.

In conclusion, with all the pros and cons in mind, the engineers and organizations behind the scene need to improve the system and implement the viable courses of action. The technology has the potential to cater a global audience, it’s just a matter of when. 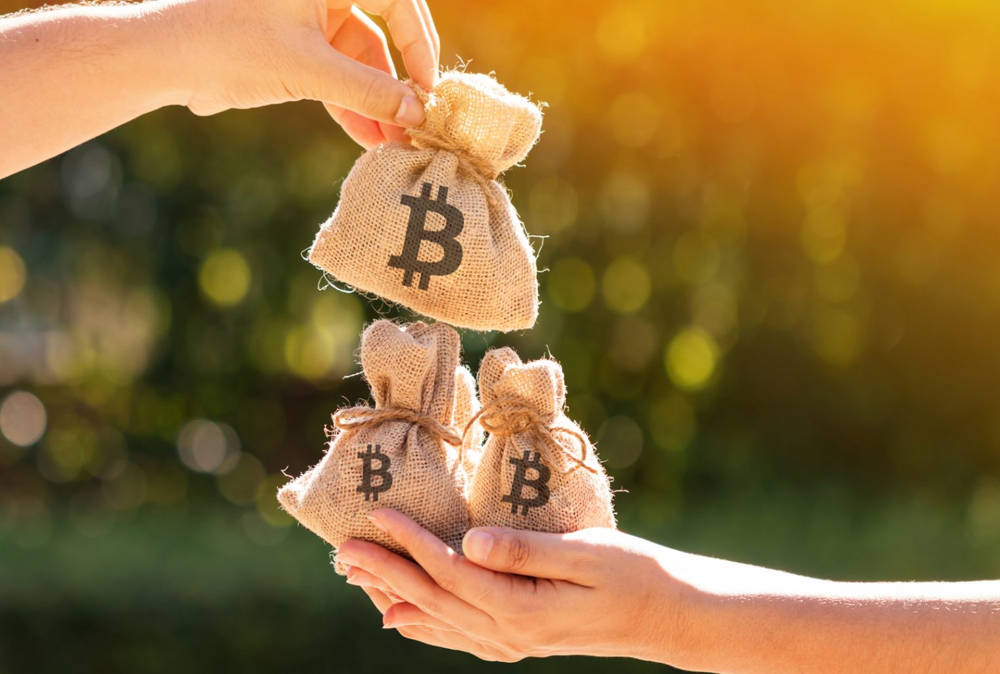 In today’s modern world, crypto currency has become the new norm. With companies and organizations allowing a person to pay in E-cash Like Bit coin. One may ask themselves “what the process of sharing or lending E-cash would be like” The technology behind crypto currency has the ability to be lent or shared among peers. This is a trending topic in the vast world of crypto currency. It is referred to as “On-Chain Technology”.

The idea behind this isn’t mainly about focusing on lending or sharing, it could solve the main problem of issuing credit, while also helping bank with the applicability of legal measures.

The technology is still in development and has a couple of issues that are holding it back from hitting the mainstream. There are many frequent questions asked by the community, some of which are answered down below:

Are These Operations Safe?

Security and credit are the two most important factors to consider for lenders or borrowers but because the blockchain technology hasn’t been in the market long enough to leave a mark, investors and organizations often look for alternatives which leads them back to questioning the safety and legitimacy of a smart contract and what authority legalizes the contract while making sure it remains the same?

How Are Borrowing And Lending Operations Carried Out?

As this is quite an important process, it’s time consuming. There’s a lot of paperwork and signing to be done. This excludes the KYC or the AML work, that’s done for general background check and to ensure the transfer goes through, without dealing with any legality hurdles. An important factor to take into account at this point in time is that on-chain processing is time consuming and the fact that the slow KYC process is mandatory, makes the entire chain of processes very hard to manage and deal with.

How Fast Can a Trade Deal Be Completed?

This is the most asked question in the crypto market. At this point in time, the average trade margin managed by the majority of computers, is 25 minutes. 25 mins can be a lot of time in the world of crypto currency where prices can skyrocket or plummet in a matter of minutes. This lag is a cause of concern, mainly due to the high wastage of both time and resources.

With these main questions answered, people can now be aware of the challenges to be faced. To create a fully viable on-chain loan environment, there needs to be a well trusted liquidity provider, which would result in smaller trade margins and overall time reduction.

A factor most organizations would fail to take into consideration, is that with better liquidity, comes a comprehensive management process. It would drastically help peers when they’re given better incentives on the process of borrowing and lending, while also helping them and the avid investors, attain­ confidence and place their trust into the On-Chain technology.

If all mentioned courses of action are implemented, On-Chain loans will hit the mainstream inevitably. 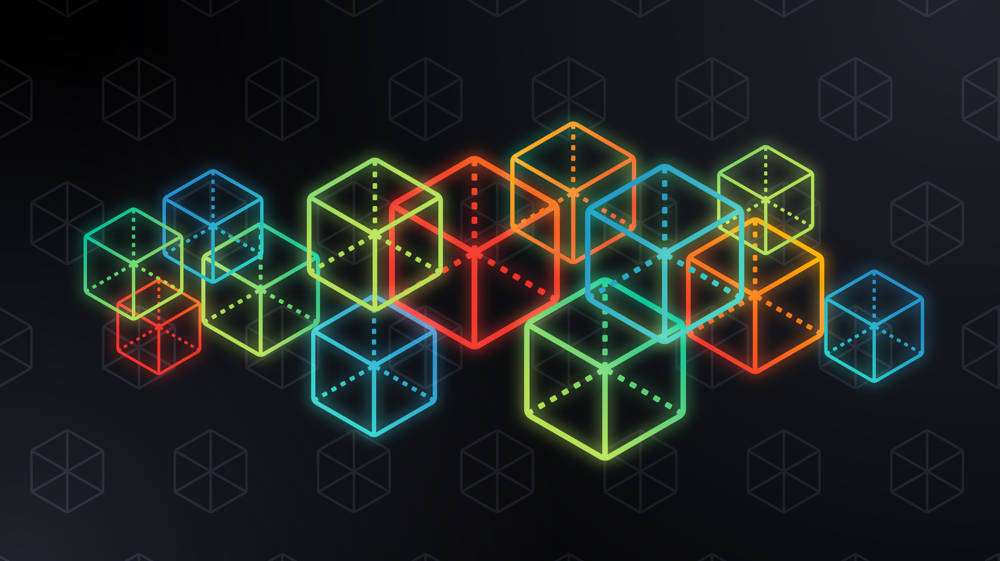 Blockchain-for-land has gained a lot of traction over the past few years, and it’s quite impressive. Firms and companies are now working in tandem with each other on a global scale.

A handful of projects are constantly being worked on and developed in places like Georgia or Dubai, while these, in theory might seem like the only projects being worked on, in reality there are plenty more projects made around the world. In places like Vermont, Brazil and Ukraine.  The fact behind their irrelevancy is a growing epidemic per se, called “Pilot-itis.” A few of these projects were replicated in hopes of achieving what the others couldn’t, but alas, these projects didn’t reach out to the masses.

A land registry firm needs to think about their needs, ecosystem and what they’re capable of. They need a few recommendations before thinking about implementing a Blockchain. Some suggestions are given below:

Higher Ups need to understand that people aren’t the jack of all trades, they have their strong points, as well as weak ones. A tech expert may know a lot when it comes to setting up an ideal Blockchain environment but may not know how to judge or strategically plan according to the land. Meanwhile a land expert is aware of al risks and consequences that can be avoided while also having a strategic vision which can be beneficial in the long run. That’s why a tech expert and a land expert need to be in perfect harmony to achieve their goals.

Determine The Cause of The Issue at Hand, While Making Sure That Getting a Blockchain Would Get Rid of It Entirely

Land registry firms and stakeholders need to figure out the cause behind the limited everyday functionality of the specific land registry.

A Blockchain doesn’t solve problems revolving around inaccuracy, obsolete or insubstantial data. Plus, the technology behind these blockchains isn’t capable of rewrite land-based laws or increase the capacity of a specified registry.

Blockchains can have quite a bit of applications. Varying on the use in the intended market. Some of these uses are mentioned down below:

Banks across the world have shown interest in this technology because it has the potential to speed up their bank office settlement systems.

Global Organizations are interested in Blockchains due to the fact that it will help speed up and efficiently manage the company’s supply chain logistics and/or the supply chain management.

Mankind has even managed to implement this tech into its space related endeavors. It’s mainly used to decentralize data files in space, but  the main goal is to ensure reduced reliance on big corporations like Google or Facebook, who’re currently in the process of making internet available in space through the uses of Satellites.

These Smart contracts are Blockchain-based which means that their main objective is to dispatch a contract that can be enforced and executed, fully or partially without human interaction. A recent report from a very credible source stated that, smart Blockchain-based contracts might achieve a reduction in moral hazards while optimizing the use of contracts in general.

As with most complex matters and problems in the world, there isn’t a fixed solution. At this point In time, technology isn’t really self-sufficient. Land registering firms need to consider the people while making sure that reform processes are an on-going effort, because at the end of the day, the people and organizations responsible, need to make sure it’s developed and successfully deployed.